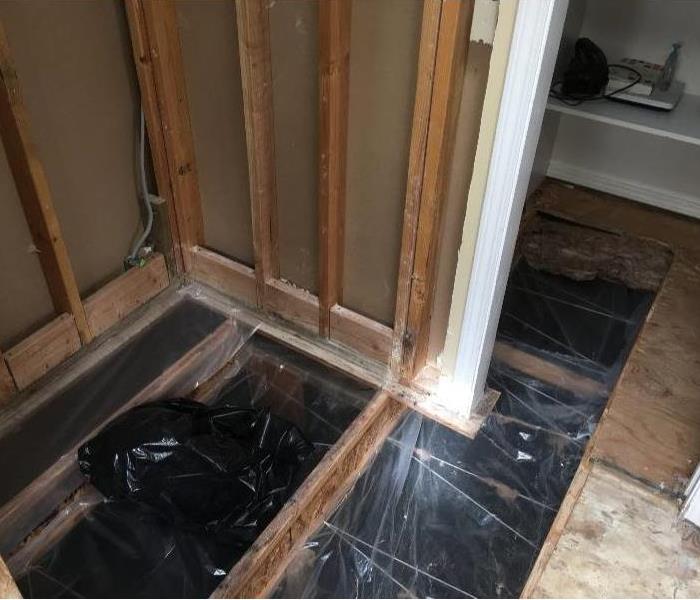 This master bathroom in Redmond, Oregon flooded when the owner found that the angle stop had broken on the second floor while they were on vacation.

SERVPRO of Bend's water team were called out to assess the damage. The water technician found that the angle stop in the master bathroom had a break, causing damage to both the first and second floor bathrooms. The vinyl floor and subfloor material were saturated, so it was decided to remove both materials. The water had also damaged the drywall in the second bathroom to the point where it had to be removed so that the drying process could be efficient.

The owner was pleased that SERVPRO of Bend was able to get out to their residence the same day they discovered the damage and take care of the loss.