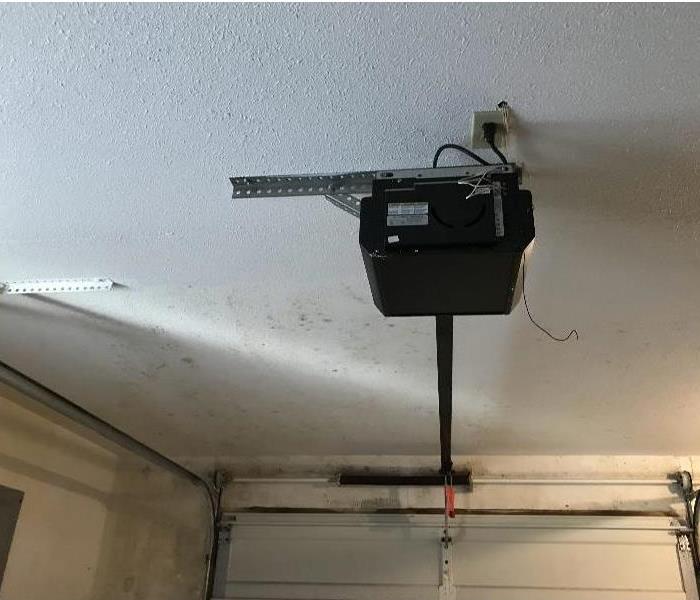 Mold Due To Condensation From Concrete Redmond, OR

This garage in Redmond, Oregon had some microbial growth on the drywall due to an excess amount of condensation.

SERVPRO of Bend Water Technicians went out to the house to find that the ceiling had moisture on the outside of it and some microbial growth. When SERVPRO technicians metered the area, they did not find any saturation within the wall material.

It turned out that a section of concrete floor had recently been repaired and the homeowner had poured some concrete in the garage. The moisture from the new concrete enabled moisture to form, causing microbial growth on the surface of the ceiling. SERVPRO of Bend placed a dehumidifier in the garage and were able to remove the surface mold with an environmentally safe antimicrobial solution 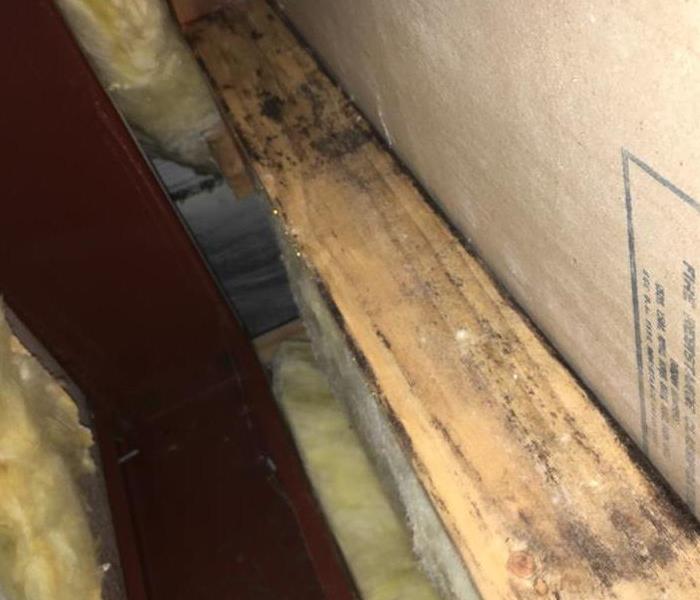 SERVPRO of Bend was called out to this commercial building in Bend, Oregon. It was reported that there had been a leak but the tenant cleaned it up, but now the were smelling a "dirt" smell.

Using a borescope, SERVPRO of Bend water team was able to find that there was some slight microbial growth in the wall cavity so they had to remove the drywall and mitigate the growth. 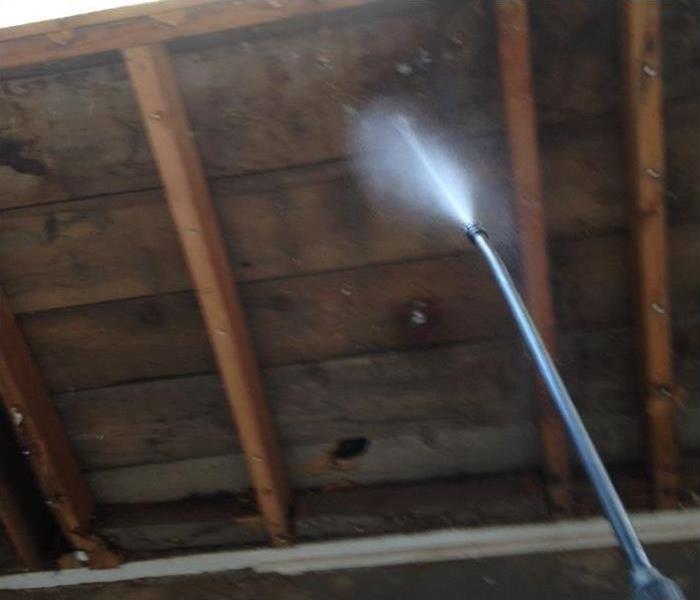 Apartment Mold Due to Faulty Fan in Redmond, Oregon

SERVPRO of Bend was called out to an apartment complex after one of the residence reported that a green and black substance was growing on the ceiling of their shower. Technicians from SERVPRO of Bend went out to examine the affected area.

Upon further investigation, it was found that the small bathroom's ventilation fan was broken.

SERVPRO of Bend cleaned the affected area. Upon follow up with the tenant and the property manager, the area affected had no further problems.

If you have any questions about mold or possible microbial growth, feel free to give us a call at SERVPRO of Bend, 541-385-7044. 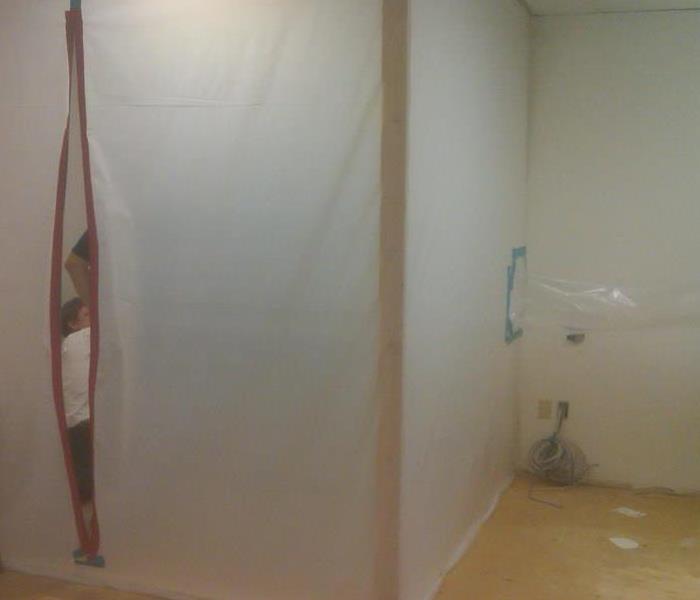 SERVPRO of Bend was called out to a residence in Bend, Oregon because the homeowner thought they could smell mold in one of their bedrooms.

SERVPRO of Bend's water technicians went out and using a meter, measured if the area in question was still registering as having moisture. Though the wall didn't have any moisture, the technicians reported a heavy, musty odor. The homeowner did report that they had water damage from the previous year but thought they had cleaned it up.

SERVPRO of Bend's technicians used a borescope to look into the walls cavity with minimal damage. The borescope revealed that there was some form of growth 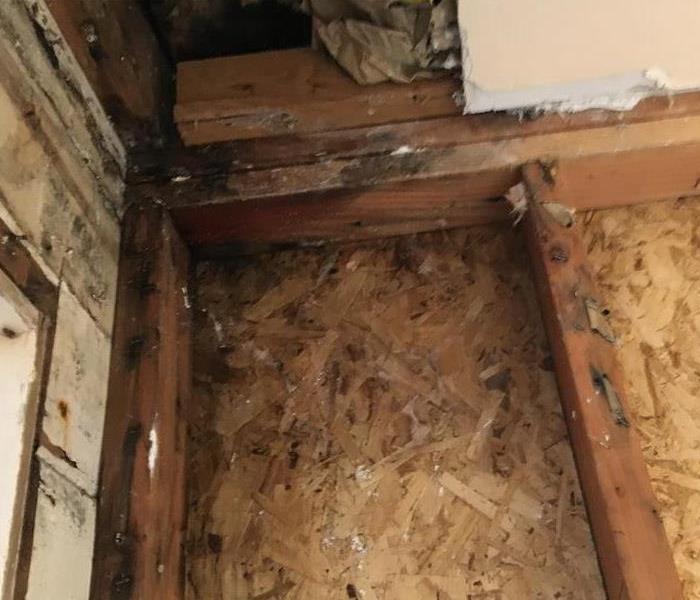 Based on the staining of the wood and the amount of microbial growth in such a little amount of time, it was apparent that a previous loss had occurred, causing mold to grow.

Based on further investigation, the homeowner did have a previous water loss but thought that it had been cleaned up.

SERVPRO of Bend was able to mitigate the mold. The homeowner was surprised at the amount of mold but SERVPRO of Bend technicians explained that in some cases, mold spores can lie dormant for long periods of time, until conditions are favorable for growth. 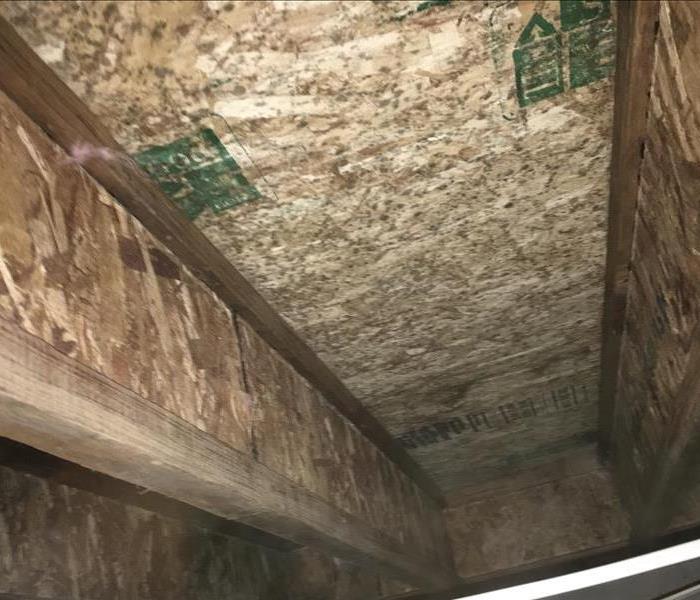 Mold Growth in Crawlspace of House in Sunriver, Oregon

SERVPRO of Bend was called in to mitigate the mold. Due to the moisture of the soil, SERVPRO of Bend's water technicians first dried the crawlspace out, applied a vapor barrier and then cleaned the mold spores from the underside of the sheathing.